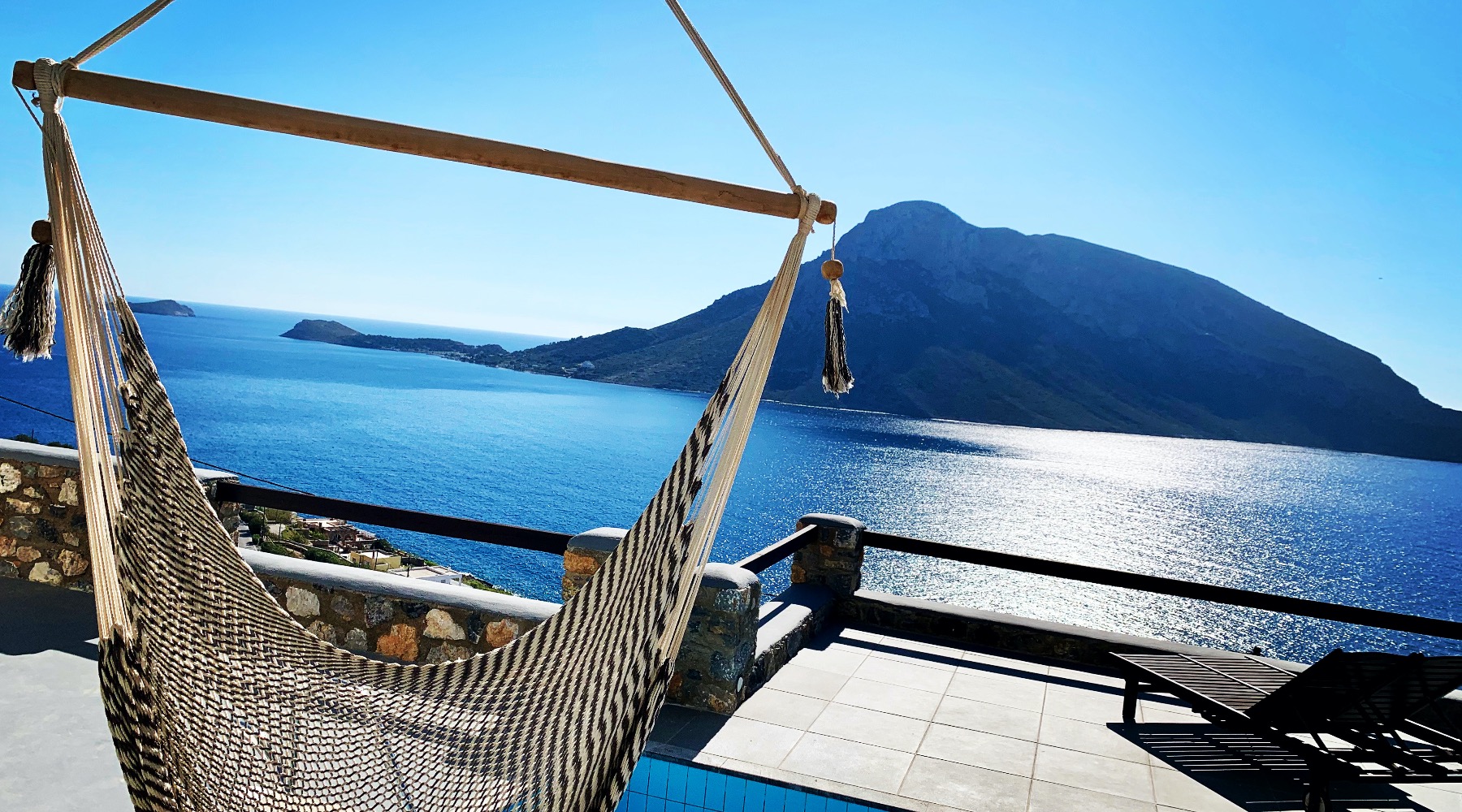 On the magical island of Kalymnos, Kastelli Blu Residences are defined by the boundless blue sea, a cloudless sky, Grecian hospitality and cuisine, though most importantly, the precious luxury of solitude, whether it’s time alone, or with family or friends.

The owners of Kastelli are longtime friends of AMPR, and they first encountered Kastelli Blu Sea while exploring the numerous treasures on Kalymnos island. It was surrounded by mountains of dirt and rock, overgrown with weeds and trees and left to ruin. Its charm and personality however was apparent in spite of its condition the soon embarked on a journey of bringing it back to life. With the owner-interior designer at the helm of the project, the intention was to maintain the simplicity the house, its honest, box-like structure and the terrazzo tiled balcony while bringing a new level of comfort and sophistication it lacked. Many original elements have been retained and these are an integral part of its personality. Soon, Kastelli Blu Sky, a modern pool villa with its own character and charm, and Kastelli Blu Athena, a cool city pad reminiscent will join the collection of residences.

You can find out more about which cookies we are using or switch them off in settings.

This website uses cookies so that we can provide you with the best user experience possible. Cookie information is stored in your browser and performs functions such as recognising you when you return to our website and helping our team to understand which sections of the website you find most interesting and useful.

Strictly Necessary Cookie should be enabled at all times so that we can save your preferences for cookie settings.

If you disable this cookie, we will not be able to save your preferences. This means that every time you visit this website you will need to enable or disable cookies again.